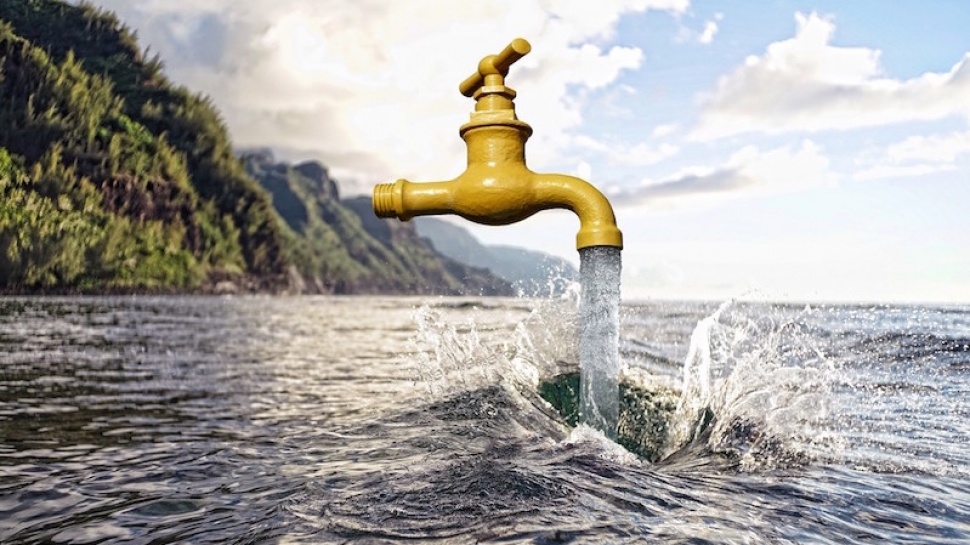 People in about 400 areas around the world live in conditions where there are "extreme water conditions," according to data from the World Resources Institute (WRI) in Washington.

It is feared that millions of people could be displaced due to water shortages, which could further affect conflicts and political stability.

From Mexico to Chile, then in some parts of Africa, as well as in well-known tourist destinations in the Mediterranean, the level of water load increases (how much water is taken from the country and what is the surface area in relation to the total).

These include the poorest countries in the Middle East, as well as India, which is facing "major challenges due to water consumption and how it is managed, which will affect various things, from population health to economic development."

The Washington Institute has collected this data thanks to the Aqueduct 3.0 platform, which analyzes several hydrological models and calculates how much water is withdrawn from the surface and how much groundwater is supplied by an area.

When the percentage is greater than 80, these areas are at extremely high risk of water shortages.

"As a data man, I try to be impartial in expectations, but I was surprised to see the situation in India," Rutger Hofste, author of the study, told.

India is currently ranked 13th in countries at risk of water shortages. One place above is neighboring Pakistan.

Nine of the 36 countries or territories are listed as areas with an extreme risk of water shortages. Chennai, the capital of the Indian state of Tamil Nadu, has recently been hit by similar floods and droughts.

"The ongoing water crisis in Chennai shows the challenges ahead for India in the coming years. Additional aggravating circumstances are the mismanagement of water resources and the fact that both the population and the industry have increasing demands. "

The study also said that Mexico would find itself in a similar situation if some measures were not taken. The situation in Mexico City is especially bad.

In ten of Chile's 16 administrative districts, including the capital, Santiago, the situation is extremely unfavorable.

Beijing and Moscow are also on the list of cities and areas at extreme risk of water shortages. And Russia and China are not on the list.

"There are some other surprises," says Hofste.

This applies to Italy and Spain, where, due to the large number of tourists, the system is under heavy load during the driest months of the year.

More than half of the 20 districts in Italy have extreme water problems, as do a third (27) of the 81 provinces in Turkey.

The situation is also bad in South Africa, Botswana, parts of Namibia and Angola.

The number of thirsty people is growing

In the period from 1961 to 2014, the amount of water extracted from the land and taken from the water surfaces increased by two and a half times.

The amount of water needed to irrigate crops has doubled in the last half-century, the study said. About 67 percent of the water that a person takes goes to irrigation.

The needs of the industry in 2014 increased three times compared to 1961. The industry now accounts for 21 percent of the total water supply.

Meanwhile, about ten percent of the water used goes to households.
Only a small percentage of water taken from hydrological sources returns directly to the living world.

Still, Hofste points out that the water used to irrigate the crops eventually reaches the grazing cattle.

As the number of requests for animal products grows, he believes that by helping certain diets and changing their diet, help reduce the consumption of water resources.

"It is. I'm convinced, probably one of the solutions to the global water crisis, "Hofste tells the BBC.

Several United Nations agencies have warned that climate change will make it possible to predict water shortages in certain places with less precision.

Increasing temperatures and fluctuations in rainfall will lead to reduced yields in many tropical developing areas, where food shortages already exist, according to the World Health Organization.

UN data shows that if current trends continue, water shortages could lead to displacement of between 24 and 700 million people by 2030.

Water can also be a factor in conflict, especially in areas where it is scarce. These are, say, Israel, Libya, Yemen, Afghanistan, Syria and Iraq.

There are also countries that have received large numbers of displaced people such as Jordan and Turkey.

The Washington Institute warned that even countries not threatened by water shortages could be at risk of drought.

Moldova and Ukraine, for example, are listed as areas with a medium risk of water scarcity, but are at the top of the list of those at risk of drought. Behind them is Bangladesh, which is also not threatened by shortages.