Internet Evolution - then, now and into the future 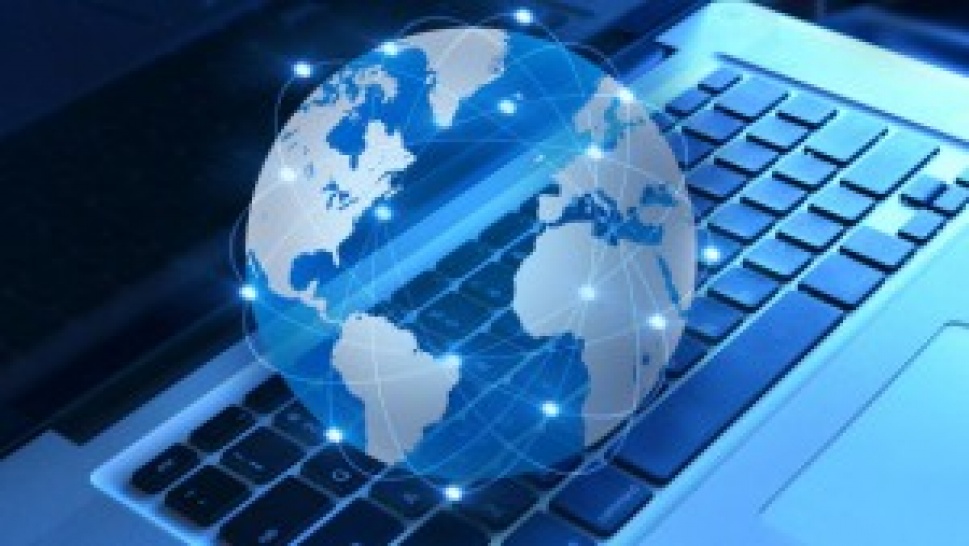 To understand the magnitude of the Internet we need to follow its evolution. Going back to how Internet started, where is is now, and where will it take the human kind in the future.

The internet is open, decentralized and totally neutral. Its intelligence lives on the edge, not in the core.

The World Wide Web, today, offers us speed in getting vast number of information, just by sitting on our computer or mobile phone (mobile industry and Internet made and are still making a beautiful symbiosis)
By trying to take away the Internet freedom, governments cause a lot of fuss with the people. The only reason why Internet works as well as it does is because no one has control over it. Once that change, everything will. There are many who fight to keep the Internet as it is, but probably, the most famous are The Anonymous group. Also, people like Julian Assange and Edward Snowden are some of the world’s most famous free Internet and privacy fighters.

With the advances of technology in the 20th century, the Internet has become a widespread technological tool used for various purposes including e-mail and research databases. Even though the usage of the Internet differs immensely from person to person, it is widely used depending on its novelties such as social network systems, research databases and e-mailing with people free from continental boundaries and cheaper than any other means of communication.

The first reason for the increasing demand for the Internet concerns social network systems which are systems that enable people to shop from their homes and to join clubs or online dating systems. Due to the fact that the Internet knows no boundary, finding friends or soul mates on the Internet has become more preferable compared with traditional relationships. Nevertheless, the quality of online relationships is still debatable on the idea that whether the online ones or the offline ones will be more permanent than the other.

The second reason for the increasing demand for the Internet concerns research databases which enable people to search through thousands of new sources in different languages in a few milliseconds. This is especially visible in the case of a scholar research in which the student has to gather information from multiple sources on a selected theme. However, it should be stated that the confidentiality of the available sources in the Internet is not dependable since there are websites that target people in order to earn more money illegally.

The third reason concerns e-mail which sets people free from continental boundaries. Sending and receiving messages and mails in a short time can be applied for both business deals and personal relationships. From the aspect of business, contacting with an overseas partner can happen so quickly that it would have taken weeks to manage it without the Internet. From the aspect of personal relationships, people can keep in touch with their old friends whom they have not seen for years or whom are far away.

In conclusion, the demand for the Internet is increasing day by day because of its major contributions, like e-mail and new research methods, that most people could not have guessed using them before its arrival. The non-existence of continental boundaries and being a cheap way to communicate make it more charming for people than any other advance has ever been before.

INTERNET PRIVACY is a murky, complicated issue full of conflicting interests, misinformation, innuendo and technology snafus. On the face of it, e-commerce companies and privacy advocates are locked in stalemate. Web sites want to know all they can about you; consumers generally want to share as little as possible.
Complicating matters further are criminals who break into Web sites, steal the information and use it for personal gain. Advertising firms, who stand to gain as much as any from personal data collection, have absorbed the brunt of complaints from privacy critics. Privacy articles - here and here.

To set a right date when the Internet was ‘born’ is not possible. US government tented to protect itself of a sudden Soviet attack that could destroy known ways of communication, and that is how the first concept of Internet was born. Surely, nobody knew how big this thing can get and we still don’t understand it fully. If you would like to see the details of Internet history, follow the link - here.

Follow this link, to see the history of Internet in a short video. The power Internet has can be shown it one sentence: NO ONE OWNS IT!

How can that be? Simple… If we look the Internet as a whole, there is no company, organization or government that can claim of owning the World Wide Web. To do anything online, man would have to deal with some of these companies: UUNET, Level 3, Verizon, AT&T, Qwest, IBM, Sprint. The are called the Internet Server Providers. There are many more ISP, for example, like your cable company. They all use IXP system.

An Internet exchange point (IX or IXP) is a physical infrastructure through which Internet service providers (ISPs) exchange Internet traffic between their networks (autonomous systems). An article with a video - here.

The question remains… How will the World Wide Web look like in the future? We cannot answer it for sure, but there are some directions that seem realistic. No doubt that the speed of the Web will increase and the price of the fast technology will decrease.

That’s just the way it works, when whole world is connected. Next is the net neutrality. Net neutrality is kind of an umbrella term that covers many concepts. Inside of the concept, there is an idea that everyone should be able to access everything on the Internet equally, no mater what service they use. To see an example, click - here.

Maybe the next step is cloud computing, and it could change the entire computer industry. Instead of installing a suite of software for each computer, you'd only have to load one application. That application would allow workers to log into a Web-based service which hosts all the programs the user would need for his or her job. Remote machines owned by another company would run everything from e-mail to word processing to complex data analysis programs.